Creating a local development environment that is simple, repeatable, and powerful is an essential first step to developing a testable software project. This technique is also a skill that translates to any future software development project.

Setting up and using Git #

Source control is a mandatory part of any professional software project. There are many types of version control available including subversion, mercurial and git. The most popular of these is git.

Git can be standalone, or as part of a hosted solution. Two popular solutions for hosting git projects include: Github and Gitlab.

Setup and use Github #

To set up and use Github, you need a Github account and internet access. The minimal steps to start are:

Setting up and using Virtualenv #

To use this “virtual environment,” it needs to be activated.

Conventions are a powerful way to simplify complex software engineering tasks in a series of easy to remember steps. A convention-based workflow with virtual environments can also dramatically simplify using them. Here is a simple convention to use:

This process removes the decision about where to put the virtual environment and what to name it. If your git repository is called hello, then you would run the following command:

The next time you open your default shell, this alias will be available. Here is an example of what this workflow looks like on my ZSH environment, which uses a package called oh-my-zsh.

This convention-based workflow, if followed, makes a tedious and error-prone process easy to remember.

There are several strategies available to install packages and dependencies. These are pip, conda and docker format containers. The most common is pip. Let’s focus on that.

There is a convention to use with pip that will make you more productive.

Let’s walk through a few scenarios:

If this convention follows on all projects, it dramatically reduces the chance something will go wrong in installing software with pip. Additionally, there is little to remember to install software; a user runs make install.

Having a reliable source code editor can dramatically improve the efficiency of software development. The Visual Studio Code is one of the most popular editors for Python projects for a reason, it works! These are the steps to installing and using the Visual Studio Code toolkit.

Visual Studio Code has a version that works for Windows, Linux (Debian, Ubuntu, Red Hat, Fedora, and SUSE) and OS X. This is a significant advantage off the bat. You can use the same editor for any operating system.

Also, note that this same interpreter can be selected to test the code as shown. 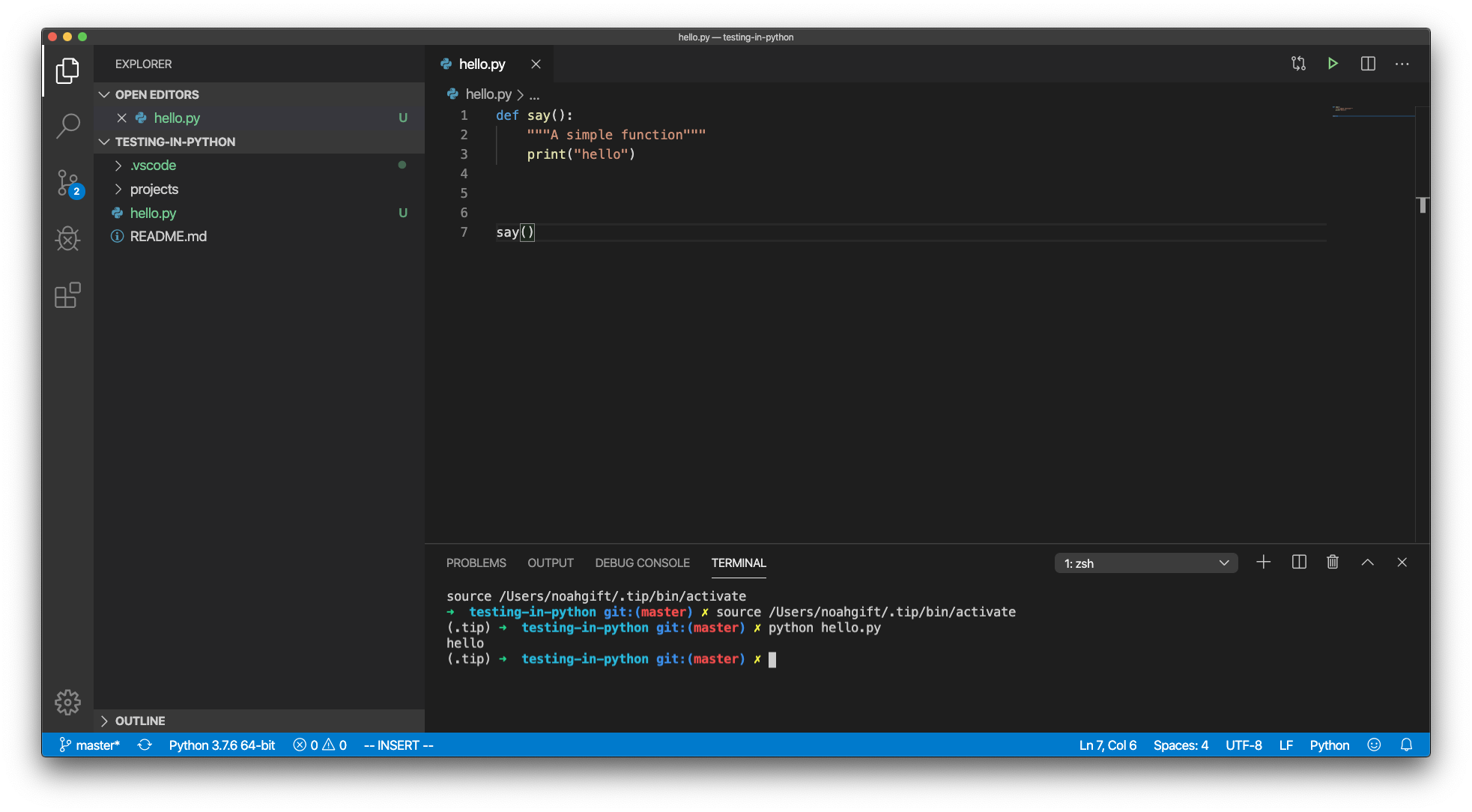 Here is the example code for you to test on your own. Paste parts of the code to see how linting, syntax highlighting, and auto-completion works.

Setup and use Vim #

A kitchen has many types of knives. There is a steak knife to cut food like a steak while eating. There is a Chef’s Knife that may be very high quality, large and expensive. Its use is for tasks the require power, like chopping an onion. A paring knife solves problems of precision. One example use case of a paring knife is to peel a tomato.

Likewise, vim, the editor serves a particular purpose. It is an editor that is ubiquitous, and it makes many tasks simple to solve. Every developer needs a little vim in their software kitchen.

The vim program preinstalls on many machines. If vim is not available, you refer to the download instructions from the official vim website.

Mastering vim can take years, but there is a minimalistic approach to be effective immediately. This process is a convention to follow:

If you get yourself in a mode that seems to be confusing, often the best way out is to press the Escape key. This step is the best way to solidify this knowledge; to do this workflow many times on many different types of machines. It will cement the learning.

Later feel free to get more advanced and learn new vim tricks, but first master the basics, and this will add an entirely new capability that will open up many workflows.

Just like vim, mastering Makefiles can take years, but a minimalistic approach provides immediate benefits. The main advantage of a Makefile is the ability to enforce a convention. If every time you work a project, you follow a few simple steps, it reduces the possibility of errors in building and testing a project.

This example is from a tutorial repository called myrepo. There is also an article about how to use it from CircleCI. 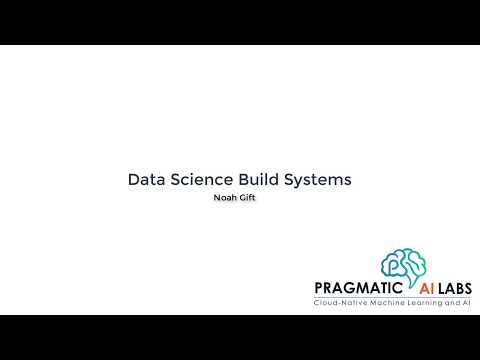 Extending a Makefile for use with Docker Containers #

Beyond the simple Makefile, it is also useful to extend it to do other things. An example of this is as follows:

A Dockerfile linter is called hadolint checks for bugs in a Dockerfile. A local version of the CircleCI build system allows for testing in the same environment as the SaaS offering. The minimalism is still present: make install, make lint and make test, but the lint step is complete and authoritative with the inclusion of Dockerfile as well as Python linting.

The shell environment of Bash or ZSH is a given for working with Python. As discussed previously, most deployment targets are now Linux. With the widespread adoption of containers, even Windows is now a Linux target. What is the format for authoring Dockerfiles? The format is largely Bash Commands. Additionally, Bash and ZSH are largely compatible with a few small differences.

Let’s focus mainly on ZSH through the use of an open-source framework for ZSH called Oh My Zsh. The way to install it via the following command:

After installation, you will get many convenient features: automatic cd (you don’t need to type anymore), enhanced shell completion, and environment context recognition. Notice the zsh prompt I am using the write the book.

The oh-my-zsh plugins allow for automatic recognition of the Python Virtual Environment as well as the fact that I am in a git repository and what branch I have.

The AWS Cloud9 Environment is an IDE that allows a user to write, run, and debug code (including serverless code in Python) in the AWS cloud. This step simplifies many workflows, including security and network bandwidth. You can watch a walkthrough video here that creates a new AWS Cloud9 environment. 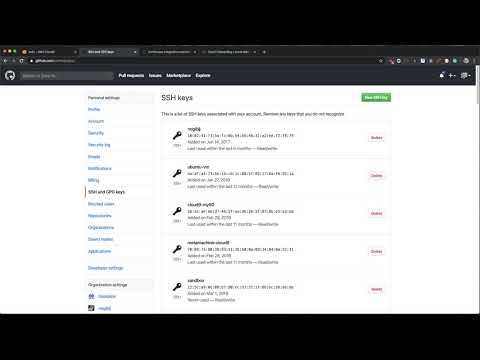 The GCP Cloud Shell environment allows a user to develop software directly inside of the GCP ecosystem. This step is completely free and provides for many simplifications of cloud-based development tasks.